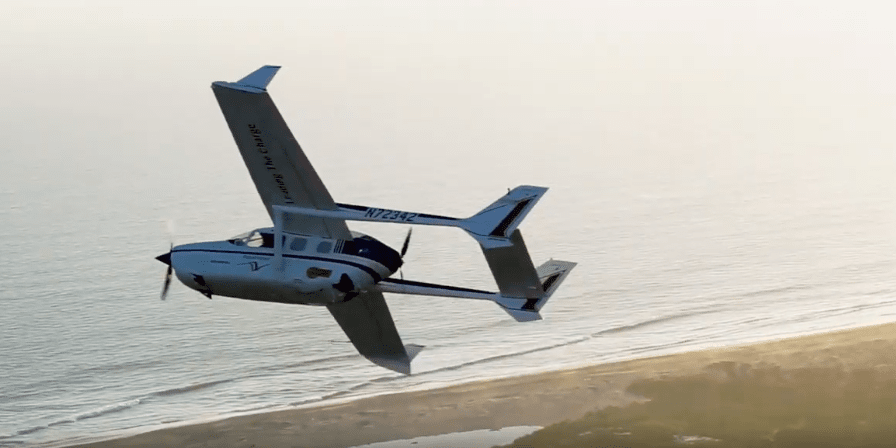 Flight is changing in the twenty-first century. While this summer celebrated the historic 50-year anniversary of America’s 1969 trip to the moon, Ampaire, an aviation company in California, celebrated another milestone.

The team at Ampaire has been striving for a while to make the world’s most practical electric aircraft, culminating in the final product of the new Electric EEL, the first and largest consumer hybrid electric aircraft ever flown. When the team was tasked with a way to capture the first flight of the EEL, they approached CreatorUp, their workplace neighbors in Los Angeles’s official cleantech business incubator – LACI, in downtown Los Angeles.

CreatorUp and Ampaire had worked together in the past to profile the founder of Ampaire. Now, as Ampaire was quickly becoming an emerging leader in consumer powered electric aircraft design and development, CreatorUp continued to grow as a digital video storytelling agency, making it a natural fit to come together to introduce the EEL. However, this project required a bit more effort, and literal altitude, to complete.

“We needed a partner who could tell the right video story and would actually fly with us on the first historic flight with Ampaire’s new Electric EEL™ the largest consumer hybrid electric aircraft, and CreatorUp did just that!” said Kevin Noertker, the CEO at Ampaire.

With a short time frame to create the video and a limited budget as an emerging company, Ampaire also chose CreatorUp for their flexibility, efficiency and ability to get a crew together right away. So, to bring viewers into the sky and see the hybrid machine in action, CreatorUp’s team rented a studio quality helicopter and assigned the crews to capture ground, in-cockpit and fly-along content to help video journal the flight. CreatorUp and Ampaire also mounted specially modified HD cameras inside the cockpit and on the wing.

“Flying over Southern California’s coastline, capturing both aviation history along with some of America’s greatest views is what filmmakers dream of”, added Michele Kramer-Pino, head of production on the project for CreatorUp.

In the final video, the viewer zooms along with the historic first flight. Being able to capture this one of a kind machine on its first journey is a very exciting step for the future of clean energy, and CreatorUp is so excited to be a part of sharing that journey with the world across social media.

The video, which you can see here, became an engaging and useful resource for Ampaire’s marketing and communication efforts across social, email and the news of their flight within industry trades, and the EEL is exciting proof that electric aircraft is emerging next on the horizon of clean energy technology.