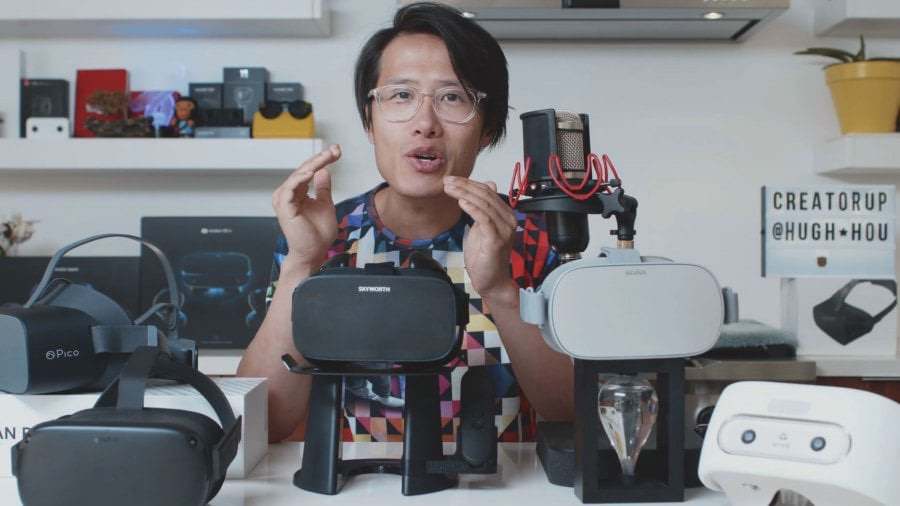 Hey guys, Hugh here from CreatorUp! I’m back with an initial review of another new stand-alone VR headset – the Skyworth V901. There are a lot of options out there when it comes to 360 VR headsets, but there are a couple of things that make this headset unique. It has tons of great features, like being the only stand-alone VR headset that can natively play 8K monoscopic 360 videos and 6K stereoscopic 3D 360 videos without the help of any streaming third-party services, and even includes wireless charging. So let’s dive right into the review!

First of all, I love the fact that Skyworth has the ability to play any 8K video, especially since 8K video is so common. Let’s pull up Skyworth’s specs and compare them with other headsets. 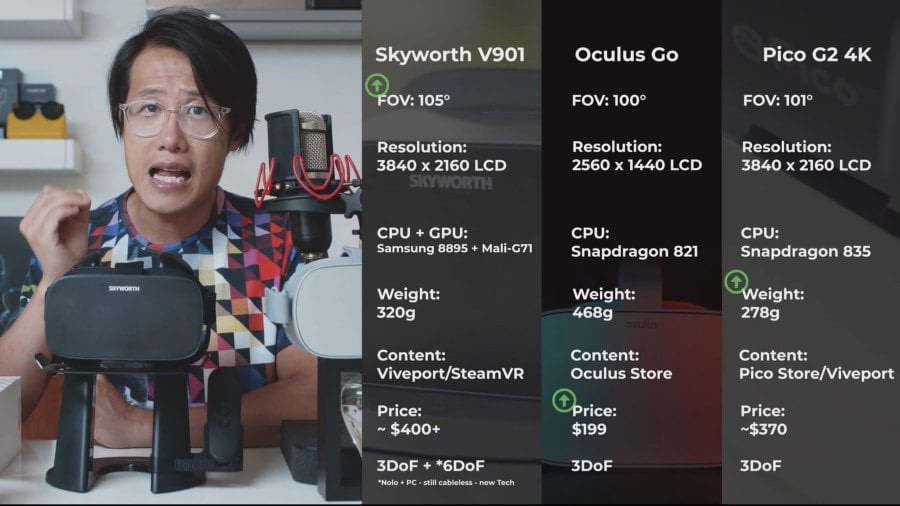 The Field of View on the Skyworth is 105 degrees, 4 degrees larger than Pico G4 4K and 5 degrees larger than the Oculus Go, which is really significant when it comes to 360 videos! Next is the 4K LED display. This is the same size as the Pico G2 4K but is larger than the Go, Oculus Quest and the Vive Focus Plus. This is important because in order to see 8K video, you need minimum 4K display! (I talked about this is my last video).

The CPU and GPU are the most interesting aspects of the Skyworth. Unlike the Oculus Quest or the Pico G2 4K, which both use Snapdragon 835, Skyworth uses Samsung Exynos 8895, a 8-core CPU with 2.5Ghz. It also has a GPU – the Mali-G71 MP18. This is the main reason the Skyworth can play 8K video, while other headsets can’t! 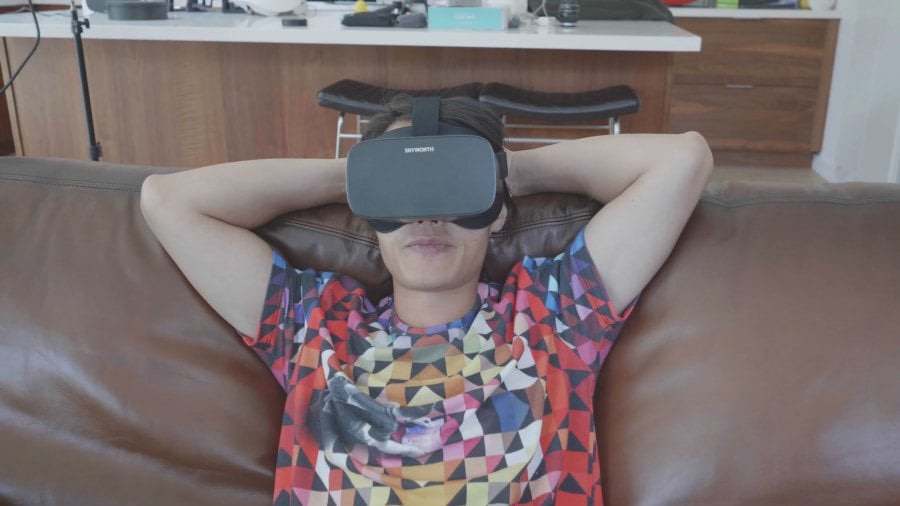 Sound is huge when it comes to VR headsets, so I’m always looking for a headset that really cares about the ambisonic sound – and Skyworth goes above and beyond. They patented a wide-frequency speaker design which they hid under the face mask, which has better ambisonic panoramic sound around you with better low frequency. 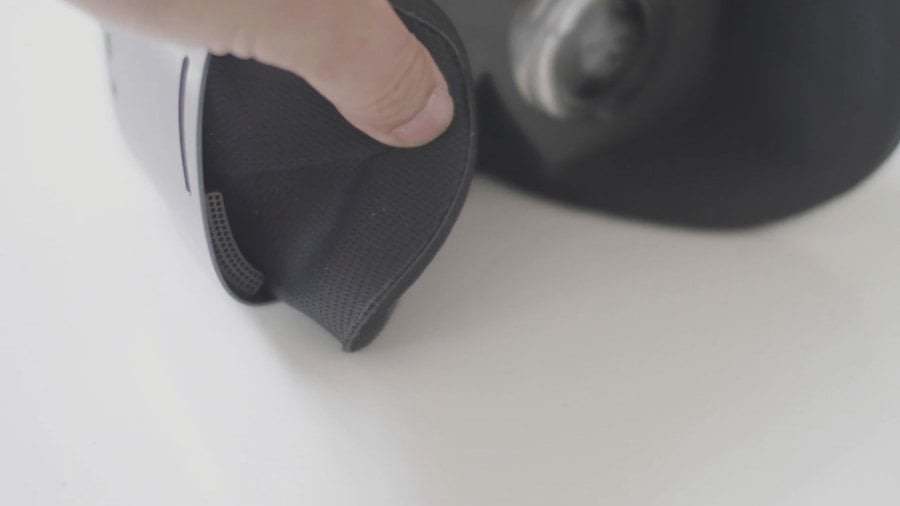 Pico G2 4K blows it with the stereo speaker sitting under the headset. Oculus Quest and Go are pretty good with the speaker hidden within the head straps, but Skyworth does the best job here.

The Skyworth has a 3500 milliamp battery, just like the Pico G2 4K but better than the Oculus Go, which is 2600 milliamp.

Another feature the Skyworth offers is hardware encryption. I don’t really see any real application on this one for consumers – besides hiding your ‘questionable’ VR video collection, but it’s pretty vital in the enterprise world.

Also, Skyworth uses Viveport. So for the VR gamers out there, you can play whatever Vive Focus can play!

Now, the Skyworth headset is not cheap. They sent me a test unit but did not tell me the price, but I’m going to estimate the price around $400, a little bit higher price than the Pico G2 4K, the Skyworth being and 8K headset. I will update you with the exact price when I have more info, so stay tuned!

There is one drawback I found with the Skyworth headset – it can get pretty hot. With one hour of testing, I found that it got hotter than the Pico and the Oculus Go. This does not affect the headset performance, but it is something you need to look out for.

How to Best Use the Skyworth VR Headset

It’s easy to move VR video into Skyworth – just use a USB cable and side load it. The internal storage is 60G. It also supports up to 256G micro SD card just like Pico so that you can load up lots of your video. 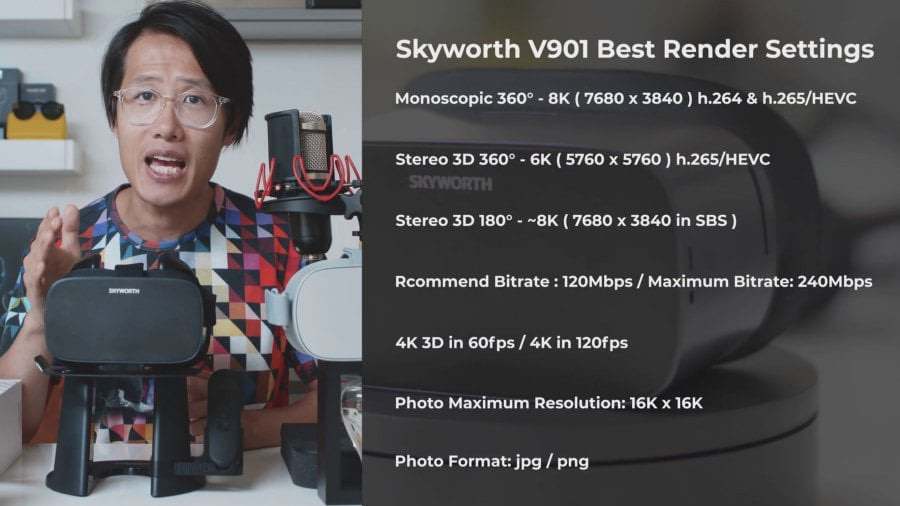 But resolution doesn’t matter if you can’t playback high bitrate, so the recommended bitrate of Skyworth is 120Mbps with a maximum bitrate of 240Mbps, which is almost double the bitrate of the Oculus Quest.

Thanks so much for reading this initial review of the Skyworth V901 – the world’s first stand-alone 8K headset. I will do a more detailed review when I have the remote wireless charging unit and get a better camera to test its limits. If you want more reviews like this and 360 VR content, be sure to check out the CreatorUp YouTube page, and stay tuned for way more stuff I want to show you! So, stay tuned for my next review, and sign up for our newsletter to get all my content delivered to your inbox! 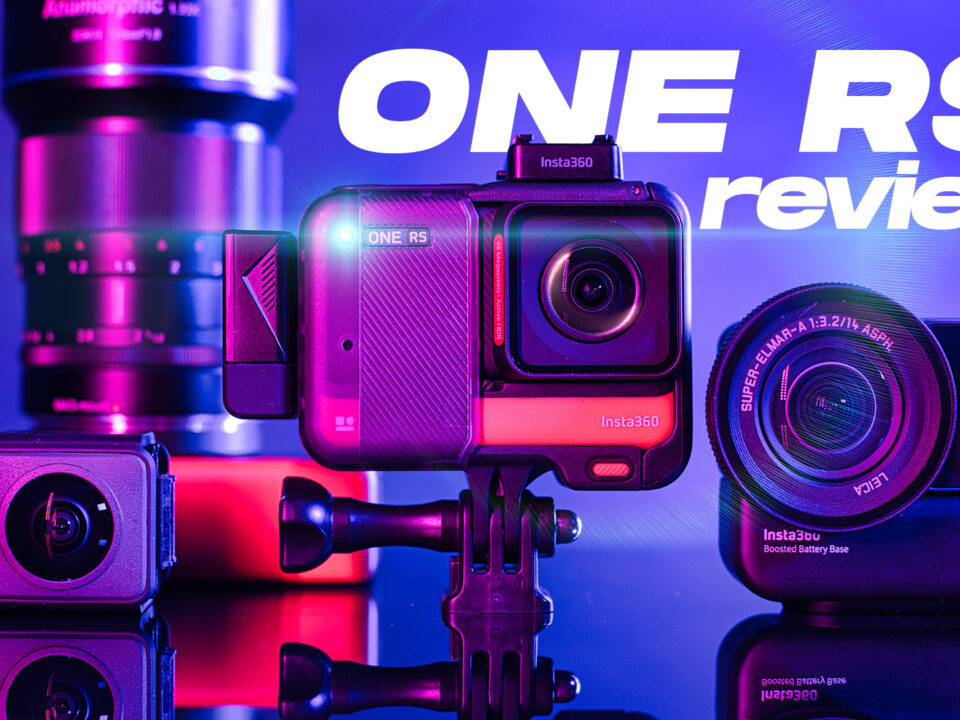 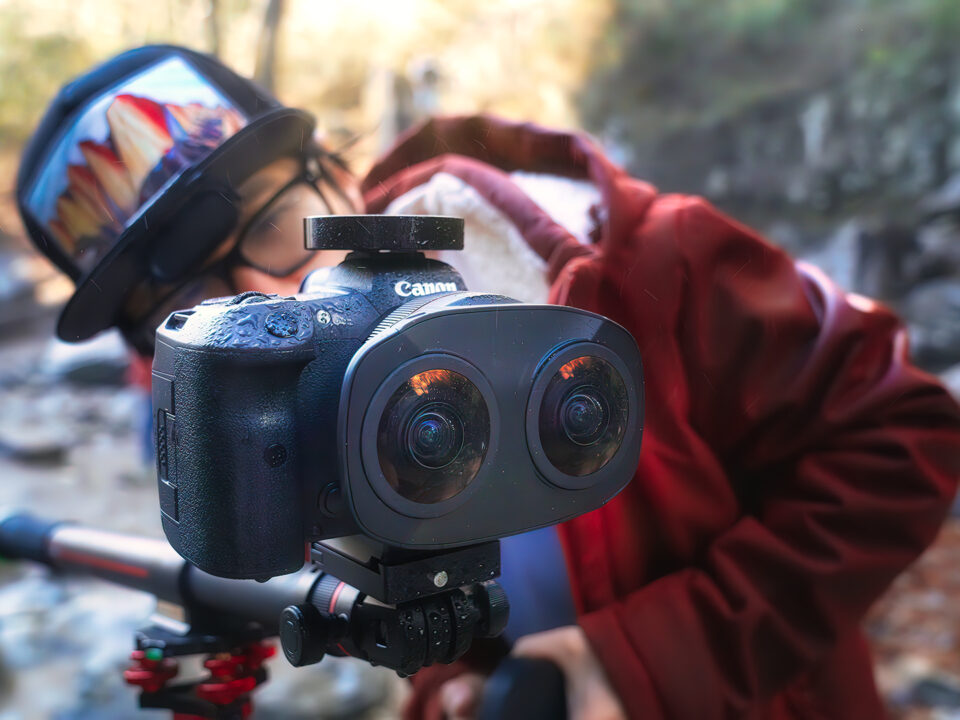